The grading
Grading the footage shot with the three cameras was a lot of fun. Thanks to the color match function in Resolve 11, I was able to set a distinctive look pretty fast, and through a few tweaks, I tried to replicate it for each clip. Obviously each sensor has its own color science and matching cameras can get tricky sometimes.
After correcting the colors with the X-rite checker match, I tried to set the black and white levels within the proper values in order to have the right amount of contrast in the image. I used the grey card as a reference for my waveform and, where distinguishable, I set it at around 38-40%.
Balancing the exposure shifts was pretty easy with Sony FS7 overall footage, almost impossible with Sony A7S PP4 profile +3 exposure and pretty hard with Canon C300 -3, mainly due to a pretty unforgiving codec.
By analysing the waveform display in DaVinci I realized that the Slog3 +-0 clip’s luma range was much narrower than +3 stop footage’s, and that translates into a less extended workspace when grading (as you can see from the snapshots below).
White always clips at 90%, just where your zebras should stay, but it covers a 5 line area (512 relative IREs) whereas +-0 footage starts from 128 to 512 (384 realitive IREs).

This difference can get pretty significant when you have to color correct and grade your footage intensively, since you get to have more room to manipulate your image parameters
(see the waveform of the +3 grade footage).

You can find the same pattern within A7S Slog2 footage while for Canon C300 we decided to start with a baked in 709 look so we cannot really compare the results of this visual analysis.
“COLOR SCIENCE”
We called thsi articled “a color science comparison” because we really wanted to focus on the different color arrays these camera can produce but we know how overrated this term is and how subjective certain statements can get.
As a disclaimer we can say that everything we have been writing is the result of what we (as a group of filmmakers) have realized by running this test.
As a first, we should say that we all are big fans of the Canon C300 as it features nice colors rendition and separation. This camera really seems to be the worthy heir of Canon’s famous decennial color science: its images are pleasant, saturated, not so “natural” at times with their shift to a yellow/orange hue. I guess it’s so appreciated because it’s like having a camera with a baked in cinematic look that people prize and worship; yet, colors can also be taken pretty safely to other areas of the wheel thanks to the 4:2:2 chroma subsampling.
FS7 is absolutely a SONY camera. Its color rendition is pretty neutral, but with caucasian skins it can show an awkward shift to magenta (I know this is a subjective statement and people can totally disagree with what I just wrote). Being able to shoot with Slog3 though means you can take your footage almost wherever you want, but only if you don’t ignore all the recommendations about highlights and shadows management.
A7S is different: at times it seems it stands right in between the two cameras. Its colors are way more saturated than its bigger cousin’s and and seem to lean towards cyan. Its color science is very peculiar and whether it’s liked or not can be very subjective. It’s definitely more photographic (if you can define a look like this) and pretty new for the video world (same story when first Canon 5D Mk2 footage appeared).

As for the grading, I felt that Sony FS7 footage becomes more manageable once you deal with +3 exposure. You get more dynamic range (as explained above), image is almost noise free and defintely more vibrant. +1 or +1,5 Stops exposure seems to hit the sweet spot but taking this information into account is not so easy at times, especially if you end up shooting in a run and gun situation.
With +3 clip you don’t see that slight little magenta “fog” that covers the entire image – skin tone stands up and so do saturation and contrast. Blacks are a little crushed but that’s because of the strong luma correction starting from a +3 exposure; if I were to guess, +1,5 can give you a smooth and nice transition towards the darker areas as well as a pleasant highlight roll off.
These results are also achieved with the help of Sony FS7 XAVC-Intra codec.

Its outcome is more faithful to the image, features a less invasive compression and creates more subtle artifacts; it can deal nicely with over and underexposured shots, given that you need to know what you are doing when you decide to underexpose your scene.
XAVC-Intra combination of 4:2:2, 10 bit and 100Mbit/sec is a clear winner compared to Canon mpeg2 4:2:2 8bit and its younger brother XAVC 8 bit 4:2:0.

Sony A7S codec is fine but suffers from 8 bit and a 4:2:0 chroma subsampling, a pity for a camera that can deliver such a high dynamic range and wide color information even when in low light.

ISOs
Sony FS7 is rated at 2000 ISO but it works like a charm if you take it as a 1250 ISO camera; that means that whenever you want to work with Slog3 you should expose as if the camera was less sensitive (CINE EI function, when Mluts are enabled in your monitor, ends up being extremely helpful) and forget about that apparently wrongly overexposed image.
Same story with A7S Slog2, but process is not as easy as with its bigger cousin.
Slog2 handles shadows and highlight in a different manner (more headroom – less info in the shadows) hence you should expose 1,5/2 stops over the normal reading when possible. That allows you to get less noise and a “pretty easy to fix in post” image.
Remember though that you don’t have LUTs to load in camera (there are a few workarounds but they can get really sluggish) hence process can be a little troublesome at times, especially if you consider that SLog2 cannot go lower than its native sensitivity of 3200 ISO. If you work with a picture profile other than Slog7 (PP7) you have to really take care of what happens in the lighter areas. Rolloff can become  really nasty if you don’t pay attention and end up ruining your footage.

Conclusions
SONY FS7 seems to be a very solid camera, able to deliver in a wide variety of situations. Its codec is highly efficient and a native 2000 ISO sensor and ND filters can be very helpful in many shooting environments, allowing the videomaker/cinematographer to have more than one option when dealing with shutter/aperture/lens choices.
Canon C300, despite being almost 3 year old now was a worthy competitor and its image is still a real standard setter in the business. Because of its codec and lack of a real log recording, we can state C300 kinda underperformed overall compared to Sony FS7.
Sony A7S’s is a whole different playground: this mirrorless camera features a very sentitive full frame sensor (a great quality for many) in a very compact anf lightweight body. Its XAVC-S codec and Slog2 recording can give us great images as long as you know how to properly manage exposure, picture profile and ISO settings. It’s for sure a great/tricky B-camera.

My personal thoughts
1) I don’t like throwing garbage to the people that do what I do for living but the initial footage that SONY showed us when Sony FS7 was announced was just not on par with other cameras worderful demo footage. I am not necessarily referring to Vincent Laforet’s “Moebius” or “Reverie” (for C300 and 5DMk2 release) but even Sony F55/5 had a great ambassador in “The Dig” short film for example. Just because Sony FS7 is destined to be sold to a lot of indie/”one man band” videomakers doesn’t mean we necessarily want to see it performing mediocrely or moderately. Even small budget cars are advertised through million $ Tv ads. When you buy a 8,000$ camera you want to be sure it can perform like a 30,000$ camera, or at least that’s what Sony marketing department should have you believe. It doesn’t matter if we will never have the chance to work with a 30 professionals crew, but we need to see what a camera like that can do in that kind of situation AND in one man shooting environments.
2) I don’t personally like the more and more popular habit of recording Slog3 footage and applying some random LUTs just because they look better than others. It certainly is the easiest/fastest way around but this procedure kinda brings discredit to our job as professionals, by making all the footage look the same and for severely limiting our creative possibilties. DaVinci Resolve 11 Lite is that kind of software every owner of a camera like Sony FS7 (or at least for those who decide to shoot log) should be able to use, not necessarily at its highest potentials.
5 years ago we hardly knew what log was and used to complain because only successful (and rich) professionals could have access to elaborate color correction facilities and softwares. Now all this has become available to the masses but I don’t feel like we are making the best out of it. With great power come greater responsibilities, right?
Hence I invite you to roll up your sleeves, download the original files from VIMEO and tweak the footage to learn how to manage this kind of files and become better/more skilled professionals.

PS: if you found this article interesting, you might want to read also part 1 and 2.

I can’t forget to thank Gianni Gaudenzi, Roberto Cimatti, Federico Vitali and Danilo Ortelli for their priceless help. And obviously Silvia Bravi, the model, whose patience and steadiness were absolutely stunning. Ad maiora. 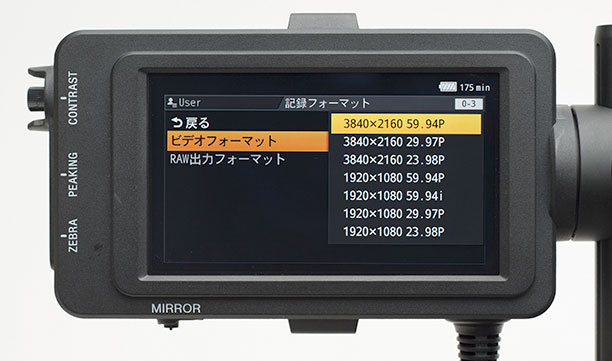